What I am trying to do now  is to merge the data from two Xbees and send them to the host computer as accurate and fast as possible. After the 14 hours of research I found out the  following two facts:

1. avoid to use one Xbee receiver to receive data from more than two Xbees. This slows down the speed radically

2. It is hard to receive and merge two channels of UART data without any packet loss using normal Arduino, because it has only one hardware uart.  Software uart is not reliable as far as I tested today.

My conclusion is to use ATMega 164P with two Hardware USART with big ring buffer (256 byte each!)  and enabled interruption now it works very fast

However… the PureData Interface freezes when I send data to it … I have to figure out the problem… but I guess it is pure data problem not the hardware. 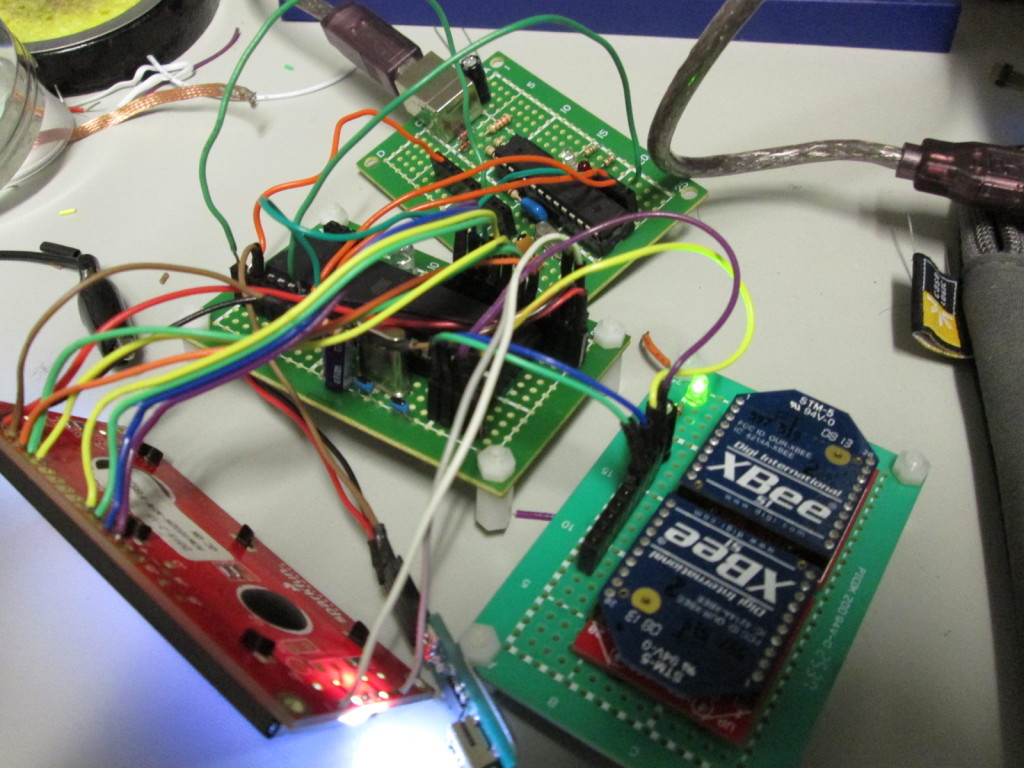